Over the years, archaeologists have unearthed the rich histories of the state’s Indigenous People, learning more about the First Peoples to live on South Carolina soil.

This includes the community who established the Pockoy Island Shell Rings located at Botany Bay Plantation Heritage Preserve, and others whose history is captivated in cultural preserves across the state, managed by SCDNR.

Located in Beaufort County is the 3-arce Green’s Shell Enclosure Heritage Preserve, dating back to 1335 A.D.! The property is a low earthen embankment, two to six feet high, and 30-feet wide at the base. During the Irene period, 1300 to 1450 A.D., this two-acre shell and earthen embankment was a fortified village with defensive features like enclosures, palisades and ditches.

The Native American inhabitants of Green’s Shell Enclosure were farmers who lived in large villages. They used shell to make gorgets, masks, beads and for religious rituals. The inhabitants used whelk and conch shells to drink “Black Drink.”

Their ritual beverage, “Black Drink,” was made from the plant Ilex vomitoria, more commonly known as Cassina, which still grows on the preserve.

Not only did these villagers make items from shells for personal use, they traded theses popular shell products far into the interior of the eastern United States.

Green’s Shell Enclosure is part of the Port Royal Sound Sea Kayak Trail. In 1991, the preserve was purchased with funds from the Heritage Trust Program and a grant from the South Carolina Department of Parks, Recreation and Tourism. Today, SCDNR, the Town of Hilton Head Island and the Environmental and Historical Museum of Hilton Head Island manage the preserve. The preserve’s passive park focuses on archaeological features.

Down the road a bit is the South Bluff Heritage Preserve.

The South Bluff Shell Rings contain a crescent-shaped ring and another that was once a complete ring. Because of reduced erosion, South Bluff is one of the most well-preserved shell ring complexes in the state.

Shell rings occur along the coast and are close to tidal creeks. The rings date back to the Late Archaic Period 5,000-3,000 years ago. Archaeological work indicates that during this period, human groups made extensive use of coastal resources, particularly shellfish. The remains of the shellfish, along with refuse from other human activities, form midden deposits.  These deposits help archaeologists reconstruct past human activities and environments.

In the Midlands wildlife is bountiful.

Forest paths and 12,000 years of history and prehistory make up the Congaree Creek Heritage Preserve. The 627-acre preserve, owned and managed by SCDNR, borders the Congaree River and Cayce, South Carolina.

Archaeologists have found tools, pottery sherds, arrowheads. This and other evidence that people have lived in and around the preserve for nearly 12,000 years. A nearby road that runs through part of the preserve is part of the Old Cherokee Trail. This leads from the Appalachian Mountains to the coast.

Projectile points found in the area indicate it was an Indian gathering place about 10,000 to 12,000 years ago. From a dig on adjacent property owned by Dominion Energy, formerly SCE&G, there is evidence of people living there 2,500 years ago, as well as a home site from the 1760s.

The Native American who once lived there “were probably hunter-gatherers.”

They were most likely groups 20 or 30 who moved around 10,000 years go,” says Sean Taylor. Taylor is an  archaeologist for SCDNR’s Heritage Trust Program.

“They didn’t stay for long so they didn’t generate much trash. The people were mobile.”

Today, hikers can walk a 2.5-mile trail loop in about 1.5 hours. Enjoy viewing ponds where duckweed and lily pads flourish. These waters teem with wildlife, including an occasional, elusive alligator. Seven bridges and one bench are new additions to the trail. The area is also home to a variety of snakes, turtles, bobcats, deer, hogs, hawks, waterfowl and other birds. At one time, this 70-year-old hardwood forest was farmlands. A parking area is available on the right of Old State Road just before the pavement ends.

The White House designated the Guignard Brickworks Trail, which runs through part of the preserve, a Community Millennium Trail. This trail, as do dozens of Millennium Trails throughout the nation, reflects community history through natural settings.

You can view more about these Heritage Preserves and others by visiting https://www2.dnr.sc.gov/ManagedLands/ManagedLand/Preserve 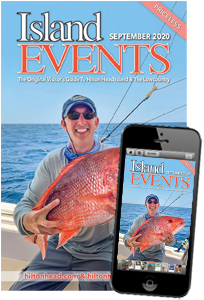