Search
HomeBlog BeachesLights Out for Loggerheads

Dragging their newly formed fins across the sand, baby loggerhead sea turtles venture out to the ocean.

They hope to reconnect with their mother who had laid their egg two months prior. It is said that roughly only one egg in 10,000 reaches maturity. Here on the shores of Hilton Head Island the loggerheads, as well as six other species of turtles, make their nests, just as their mothers and their mothers did before them. With the Island’s busiest beach season upon us, how do we protect these beautiful, but endangered, sea creatures while still having a great time at the beach? Thankfully, the Hilton Head Island Sea Turtle Protection Program at the Coastal Discovery Museum helps to protect these gorgeous sea creatures.

Loggerheads have natural predators such as seagulls and raccoons, but humans pose a bigger and more realistic threat.

People pack our beaches during the summer. What they leave behind can pose serious threats to any turtle in the dark.

Trash bags are detrimental, as they can be confused as jellyfish, which loggerheads consider a food source. Another way to help is to remove umbrellas, chairs, unattended fishing gear or anything of the like at night. Many times the turtles walk up onto the shore, and even though they can weigh up to 400 pounds and stretch to four feet long, they still can become easily trapped by these objects, and will knock into them, frightening themselves and turning around to head back into the ocean. 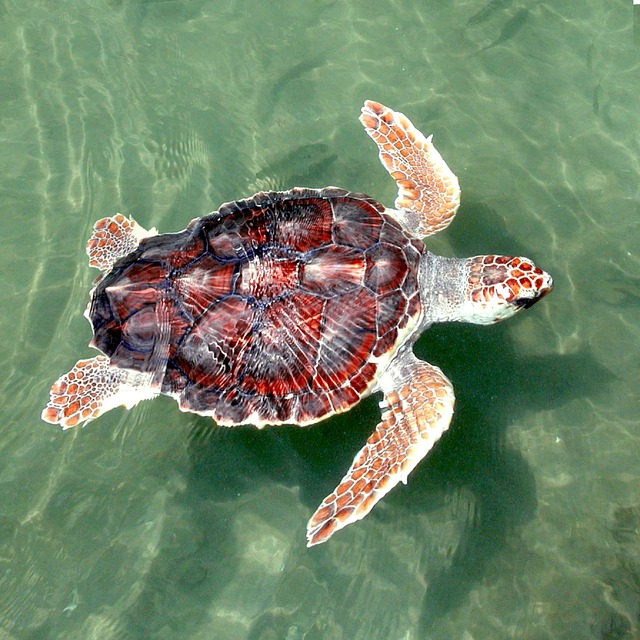 Bright lights can also deter mother sea turtles from returning to their nests.

They also confuse new hatchlings of which direction the ocean lies. Making sure to turn off all outside lights and pulling the shades to prevent indoor lights from being seen between May 1 and October 31 is one of the biggest things people can do to help loggerhead turtles. Leaving lights on is declared to be unlawful by the Town of Hilton Head Island. There is no specific penalty is provided for this violation. But, it can be punishable by a fine of up to $500, a 30-day jail, or both.

Everyone can do their part to help protect loggerheads. But, not everyone has the credentials to interfere with nests even with good intentions. You must have a federal permit to adjust nests and guide hatchlings. This is where the Coastal Discovery Museum takes over. Hilton Head’s local nature museum and conservation specialists make sure to educate those on the island, native and vacationer alike, as to the patterns, history and all in all beauty of the loggerhead.