This month, reel in one of these tackle-busting brutes. 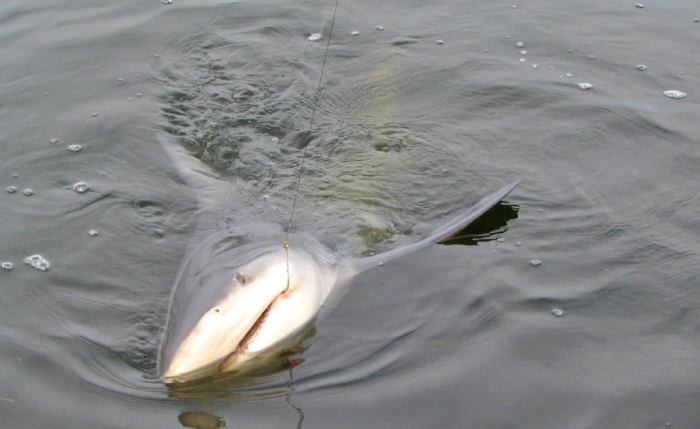 June’s warmer waters have populated quickly with a diverse and bountiful population of sharks. These tackle-busting brutes offer great sport — and plenty of it. It’s shark season!

Long known as a primary breeding ground for many species, the local waters near Hilton Head Island host many types of sharks, including hammerheads, tigers, blacktip, spinners, sharp nose and bonnet-heads, just to name a few. In the last few years, even great whites have been captured here.

As with many fish, the decline of stocks, coupled with an exploding population of fishermen, has brought about numerous regulations, making it necessary to release most species, except for two in particular: the sharpnose and the bonnethead. Anglers may keep one of any size of these two shark species. The sharpnose and the bonnethead taste delicious, especially the bonnethead. Their diet consists primarily of shrimp and crab. Anglers catch both shark species in local sounds and creeks with a variety of cut or live bait.

Other popular targets for shark seekers are the blacktip and spinner sharks.

Nicknamed “poor man’s tarpon” for their aerial antics — which can be spectacular — these sharks require a 54-inch minimum length to keep. Both the blacktip and the spinner shark are excellent table fare. The bigger versions of these species often travel behind working shrimp boats. They love to feast on scavenge tidbits. Blacktip and spinners, frequently bite holes in the nets, much to the chagrin of shrimpers.

Offshore, many anglers target the big tiger sharks, which average 8 to 10 feet and weigh up to a thousand pounds. Heavy tackle is required, along with stamina. These battles can go on for hours. Tiger sharks are tough customers, to say the least.

The opportunity for hours of angling enjoyment with a wide variety of sharks is available here all summer long.

And for those who may raise an eyebrow about safety, just remember that you are far better off swimming in the ocean than driving along Hwy. 278!

Grab a Bite to Eat 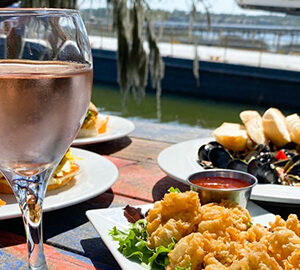 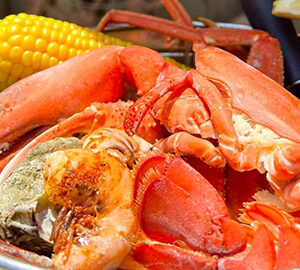 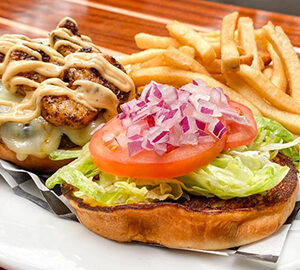 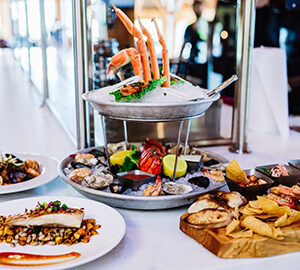