Palmetto Dunes has beautiful beaches, challenging golf courses…and even our own ghost, known as the “Blue Lady” . 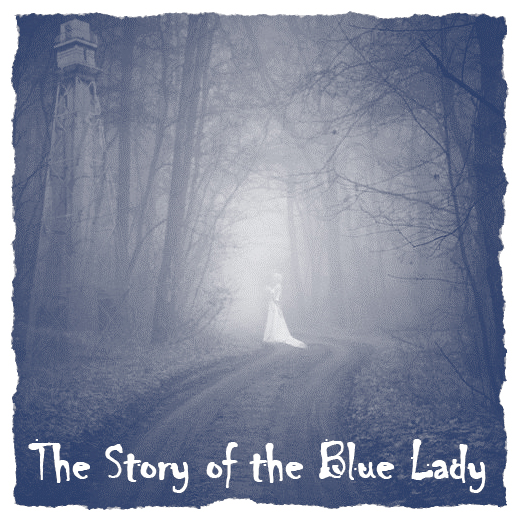 This ghostly apparition is said to haunt the outbuildings surrounding the Leamington Lighthouse located on the Arthur Hills Golf Course on stormy days.

There are various versions of the story, but the Blue Lady is believed to be Caroline Fripp.

She and her father, Adam Fripp, tended the lighthouse in the late 1890s. In 1898, a major hurricane hit South Carolina—one of the deadliest to hit North America. Legend has it that Adam, dedicated to his job of lighthouse keeper, stayed in the lighthouse throughout the storm. He wanted to keep the light bright for a ship that was dangerously close to the shore. Sadly, Adam dropped to the floor and suffered a heart attack. Caroline took her father to their nearby house. On his deathbed he asked her to keep the light burning throughout the storm.

When Caroline returned to check on her father he had already passed. Tales tell of  her pacing back and forth between the lighthouse and the keeper’s house for several days. She wore the same blue dress she had on during the storm, while calling out for her deceased father. Some sources have said that Caroline died of shock a few years after her father’s death but others say she lived a long life carrying out her father’s last wishes: keeping the lighthouse lamp lit to warn others of high tides and storms.

Today, the story lives on.

Many have reported seeing the “Blue Lady” or feeling her presence on stormy nights. So beware, the next time you visit the Leamington Lighthouse. You might just meet the ghost of Caroline Fripp, a spirit that awakens with the sound of wind and rain!