Renowned Golf Course Architect Sits Down for an Interview. 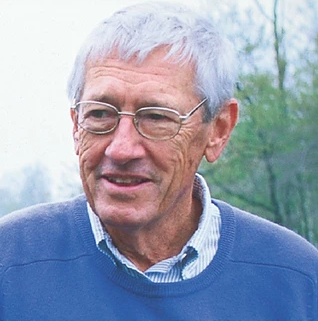 As “the name” adorning one of our three world-renowned golf courses, architect Arthur Hills has played a major role in the 50-year history of Palmetto Dunes Oceanfront Resort.

Opened in 1986, the Arthur Hills Course at Palmetto Dunes is a mainstay among the South Carolina “Best You Can Play.”

The 88-year-old Hills made a career designing golf courses in North America and Europe from his home base in Ohio. He’s designed more than 200 new golf courses around the world. More than 125 courses called upon him to refine or renovate. These included some of the country’s most renowned clubs such as Congressional, Oakmont, Oakland Hills and Inverness. Twenty-eight Hills-designed courses have been selected as USGA, PGA, LPGA, NCAA and PGA of America tournament venues.

Now the Chairman Emeritus of Hills/Forrest/Smith Golf Course Architects, which he founded in 1966, Hills resides outside of Toledo.

A proficient golfer back in his day, Hills was the captain of his Michigan State golf team. The Ohio Golf Hall of Fame voted him into this pristine organization in 1993.

For the record, at his age Hills can still drive the ball about 180 yards. Down-to-earth, personable, friendly and willing to share his wisdom, the semi-retired Hills is a Fellow and Past President of the American Society of Golf Course Architects (ASGCA). He was voted the “Architect of the Year” in 1991 and 1998, and was Boardroom Magazine’s “Architect of the Year” in 2002.

“The main goal when I would start designing a golf course was to make it playable for all. It is for the best golfers to the higher-handicap golfers who might shoot 100 or 110,” Hills said. “Probably the elements that go into that are length, where you can have a variety of tees, bunkering. Making the bunkers more or less severe and course conditioning is a big factor for many people.”

Like all businesses, golf course design has evolved. Today, renovating and redesigning is preferable to building new courses. Technology and equipment have also steered the profession.

“There’s a tendency to make the courses longer,” Hills said.

His roundabout start in the golf business came when an initial idea to start a family greenhouse didn’t work out. Rather than plow snow in the landscaping off-season, he drew up pristine holes for golfers to play when the weather would break. 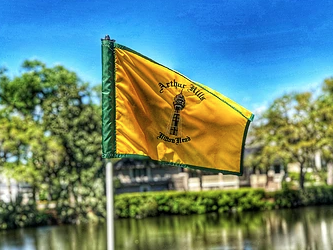 “I wanted to differentiate from guys that had a truck, a trailer and a bunch of equipment,” Hills said.

“(Today) it’s a privilege to go back and improve, upgrade, tweak or modify,” he said.
“I’ve been very lucky in getting into this career,” Hills said. “Every day is an interesting day in the golf course design business. Not only in designing the golf courses, but also with some guys that are very entrepreneurial.”

All of us at Palmetto Dunes Oceanfront Resort send our own Arthur Hills a hearty, “Cheers!”