After a year of construction, the five-acre Shelter Cove Community Park opened on April 1, 2015. The park boasts a performance and sunset pavilion, several picnic tables, shade structures, bathrooms, a playground, fountain and marsh-front views. It hosts many events benefiting the Island Rec Center.

The construction of the community park transformed the old Shelter Cove mall into the Shelter Cove Towne Centre in the second phase in the project. To move the park to its current location, there had to be some changes to the original plans, moving back the original planned opening for the park from 2014 to 2015. 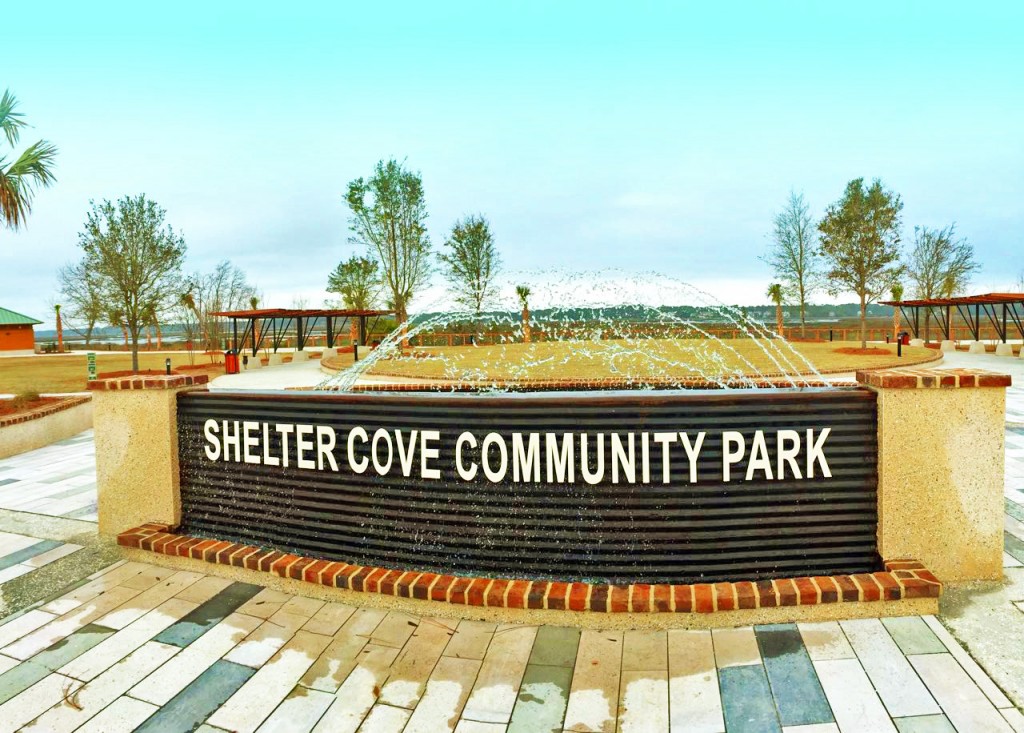 “Construction moved Shelter Cove Lane closer to the retail portion of the development. This helped to accommodate the park’s new location. Once that was done, massive amounts of dirt were brought in to raise the allocated park area. Then site work began,” said Roni Allbritton, the mall manager at Shelter Cove Towne Centre.

The site where the old park used to be located has been transformed into a new five-story apartment building.

“It occupies approximately five acres but it has a many amenities,” said Albritton. “It has a performance pavilion, built in restrooms and a very elaborate playground. Benches and tables sit in shaded areas near a boardwalk along the water’s edge. The view of the marsh and a beautiful fountain is the centerpiece.”