The Hungarian word for wine is bor. One thing for certain is that with its fascinating history, unique growing conditions and range of flavors, Hungarian wine is anything but boring. 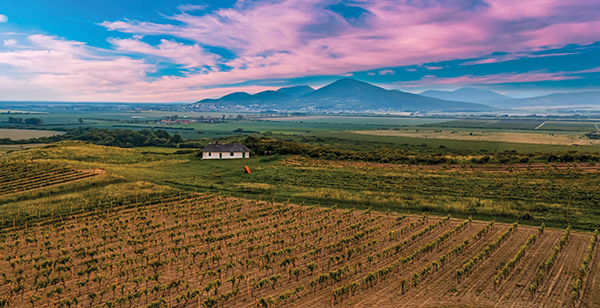 Around the fifth century AD, the Romans brought grapevines to the land known today as Hungary. During the Ottoman occupation, France and Italy introduced new vines. In the late 1800s, when Ottoman power was ceded to Austria, grapevines with Germanic origins were brought to the area. All of these historic influences helped shaped Hungary’s unique wine offerings.

However, just when the region’s wine production was thriving, the deadly Phllyoxera epidemics of the late 1800s decimated most of Europe’s vineyards. Meantime, just as scientists found the remedy for this scourge, two world wars slowed the recovery of the wine industry throughout Europe.

After World War II, while Hungary’s wine country languished due to the priorities of the Communist regimes.

In 1989, renewed interest and investment in the wine regions brought Hungarian wines back to world-class prominence.

An old Ottoman legend survives in the wines of the Eger region, located just north of Budapest. The rich, spicy red wine Egri Bikavér means “bull’s blood.” During the Ottoman siege of Eger, Hungarian troops drank the red wine and intimidated their attackers with their bloodshot eyes, red-stained beards and fiery temperaments. Rumors spread that Hungarians “drank the blood of a bull.”

Many Hungarian wines have trouble breaking into markets because the wines and grapes used are seemingly esoteric. Wines from the Villany region are the exception. This warm region situated on the southernmost tip of Hungary features wines similar to French Bordeaux blends.

Bottled either on their own or blended together feature Cabernet Franc, Cabernet Sauvignon and Merlot grapes. With a nod to regional history, some winemakers add Austro-Hungarian grapes such as Kadarka and Kekfrankos to give these wines a unique Hungarian twist.

Tokaj is Hungary’s oldest classified wine region and home to the world-class Tokaji Aszu. This sweet, topaz-colored wine has intense flavors of honey, citrus and apricots. It was one of Europe’s most highly prized wines in the 18th and 19th centuries. This region has moved on to produce excellent dry white wines known as Furmint. A bottle of premiere Tokaji Aszu can fetch around $50 per bottle. Furmint wine styles can vary widely, with some tasting like an off-dry Riesling and others evoking an aged Chardonnay.

The next time you’re in a wine shop, take the time to peruse the Hungarian wine section.

Hungarian wines fly under the radar. So, enjoy these inexpensive, delicious wines, steeped in history.

The perfect bottle of handcrafted artisan wine awaits at Island Winery on Cardinal Rd. Complimentary tastings, wine by the glass and cheese platters are available Monday-Saturday from 12:30-5:30 p.m. and Sunday from 12-4 p.m. (843) 842-3141 or www.islandwinery.com.