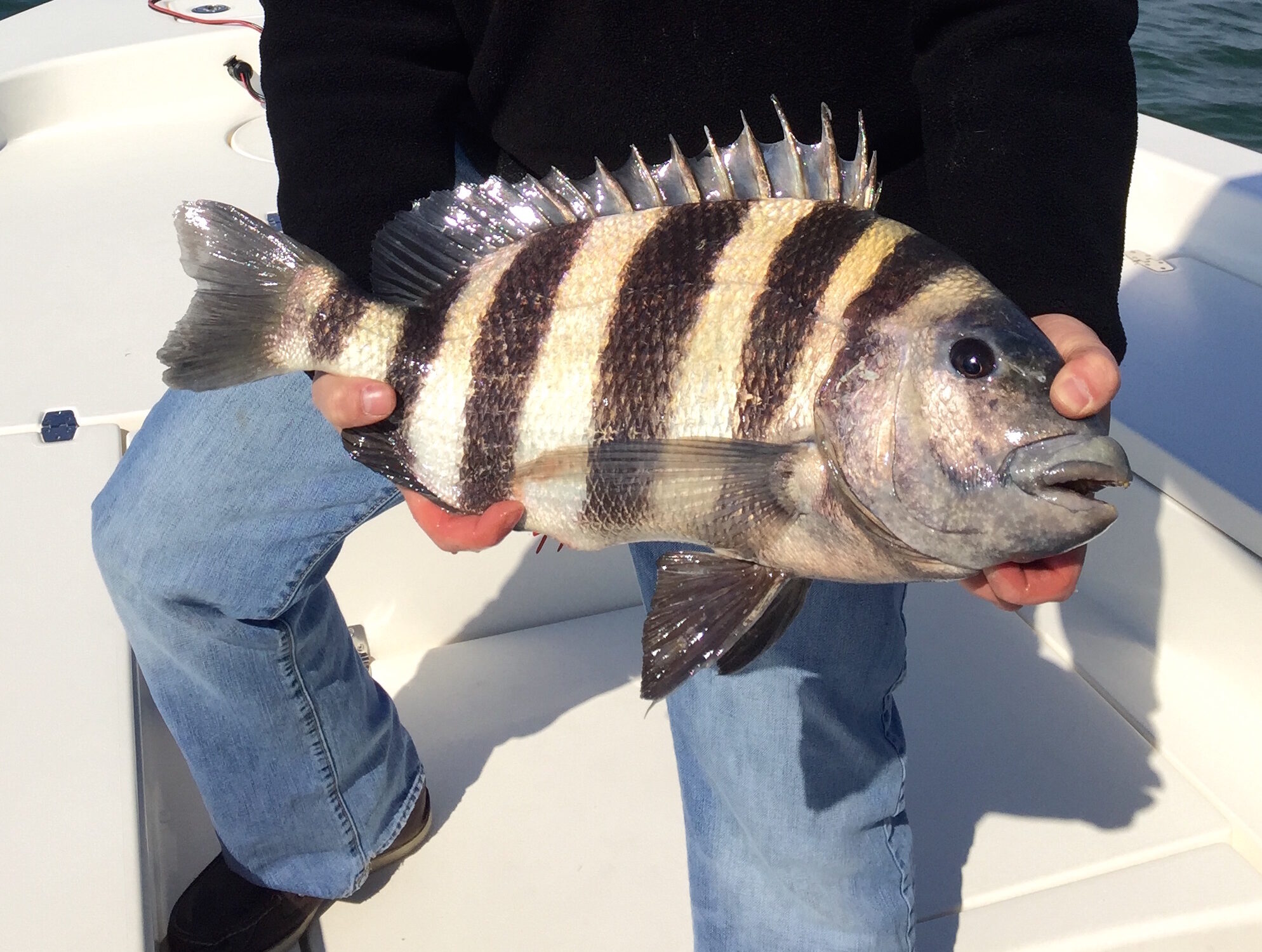 Near offshore on the reefs and in the creeks, the sheepshead are biting.  like a light spinning rod with some backbone and a quick tip for sheeps. A tight line and vigilant look on the rod tip will help see the slightest of taps that will signal that the fish is there. Again, by the time you see it, it’s probably too late. So set the hook when you see your rod tip.

Also biting are Spanish mackerel off the sandbars close to the beach. The action is usually fast and furious when you encounter school fish. Spanish mackerel are sleek, streamlined predators that forage on the bait schools around the sandbars and reefs. Use live bait and watch the high-speed Spanish come in for the attack.

Patrolling the bait and Spanish mackerel schools, you never know where the big brother of the Spanish, the king mackerel, may be lurking. Weighing between 15 and 60 pounds, this royalty puts up an exciting battle.

In the same areas, large jack crevalle can be found, along with an occasional bull redfish.

Jack crevalles roam the sound and sandbars in large packs. They are visible on the surface with their fins sticking up. Anglers then present a fly or a popping lure. Whether on a lure or live bait, top water strikes come swiftly, usually accompanied by an explosion.

Redfish are probably the most prolific species of game fish in our area waters. They’re found almost anywhere in the region. Anglers chase them on the flats with fly rods and light tackle. Fishing on the bottom in the creeks with live bait or cut dead bait will often produce good catches as well.

Last, but hardly least, the real summer crowd pleasers are the sharks.

We have many species of shark here: bulls, blacktips, duskies, scalloped or bonnet heads, sand, reef, sharp nose and more. Most of these sharks will be in the four- to five-foot range, but there are larger ones to be had. Charters are available to go offshore for the massive tiger sharks, often 12 feet or larger!

The smaller ones can be caught on short trips and offer lots of regular action, a priority for younger anglers. Sharks make for great vacation memories and, most of all, the kids love them! 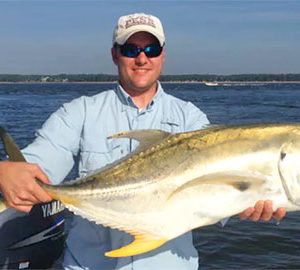 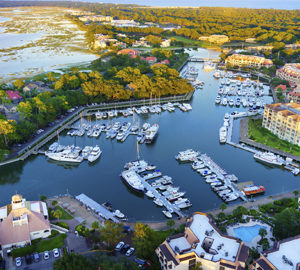 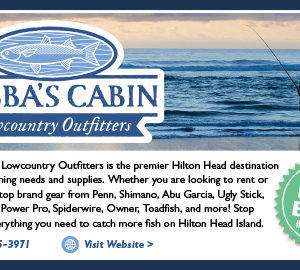 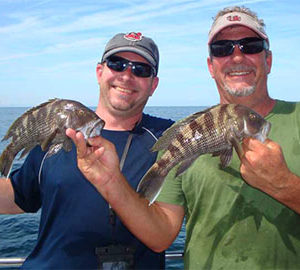