A small gallery sits in Shelter Cove Harbour called La Belle Image, where artist, author and at one time chemist, Richard Riverin, paints away in his back room. 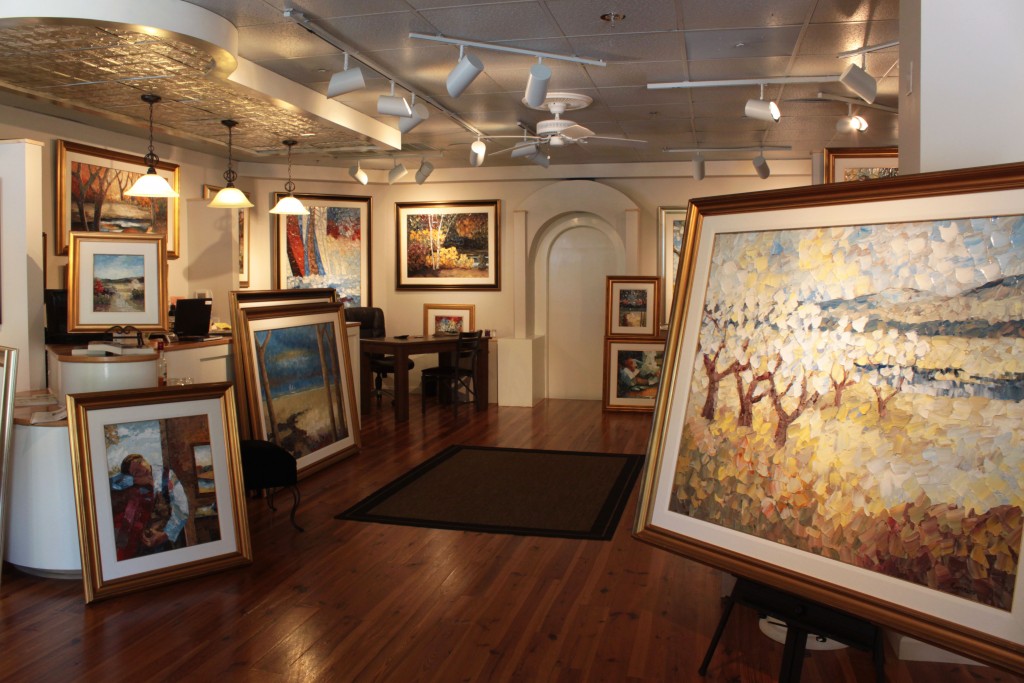 It’s there he creates colorful and cohesive works of art with thick, short strokes that appear like mosaic tiles in the finished work. These broken strokes, bright color schemes and interesting subjects are the highlights of Richard’s Impressionist work, which isn’t only sold at La Belle Image, but also in more than a dozen galleries across the United States, from Jacksonville to New York, and in Canada, where Richard resides when he’s not on the island.

Before coming to Hilton Head, Richard had a gallery in Naples, Florida.

But once he discovered this Lowcountry getaway, and how much closer it was to his family in Montreal, he took a chance and opened his own gallery here 11 years ago. But up until this past year, Richard was in a different suite at Shelter Cove Harbour, next to another gallery, but now he’s got a new location, Suite A1, across from the Little Mermaid Fountain.


In this new gallery he’s able to have more space to display his larger pieces as well as a special room in the back where he can hook his painting up on the wall to paint.

“Instead of using an easel, I can paint standing up,” said Richard.

Richard makes up most of his composition as he goes.

He must paint quickly and perfect his piece before it dries, because Richard uses his own special acrylic-based paint.

“It’s not like a lot of paints that people use with palette knives that are very chalky when they dry and start deteriorating after a few years,” said Evelyn Luckenbill, manager of La Belle Image. “Richard’s paintings will never do that. It is the absolute premiere paint that he uses. That’s why it is coveted by patent.”

Richard uses a paint he formulated himself, while working as a chemist more than 40 years ago. It produces a heavy and rich texture that doesn’t crack like many other acrylic paints do over time. This is why Richard must master a work before the paint sets. Because once it sets,  the alterations and additions appear as strokes added onto another piece. It’s also why Richard must prepare his paint ahead of time and only open it when working.

“When I’m ready to start, I open up the four pans and I must not stop, for as long as I can. If I can finish it in the same day, it will look better,” said Richard. “But sometimes I cannot finish.”

It can take Richard two or three days to complete larger pieces.

He strives to get as much as he can in one day, not just because of the paint drying, but because he wants the painting to have emotional connection with the viewer.

“I do as much as I can so that I can impart the emotion of that day,” said Richard. “If you do a painting over the period of one month or one week, your emotion will change every day. At the end of one week, your painting has no emotional flavor.”

He paints small sailboats and sweeping landscapes of forests, beaches and open hillsides to abstract flower compositions and scenes of women. Each piece has a way of capturing a certain mood and conveying it to viewers.

“They’re all just so overwhelmed by the beauty of the paintings. I guess they’re in awe because they get real quiet,” said Evelyn. “They come in and you can tell, they’re captivated.”

But Richard doesn’t just create with his images, he also writes.

Three hardcover books displays 500 of his works. He also has three published books, a saga called Ghama-2, An Afterlife Story, as well as several short stories. Richard says it’s all thank to his wife, Lise, his partner and critic for the past 48 years.

“Before she became my art critic, she became my critic, trying to make a good man out of me,” said Richard. “But she’s still working on that.”

Lise encouraged Richard to start painting after he had stopped being a chemist and started opening art galleries. An artist herself, Lise helps him wrap his work to send off to buyers and helps him at art shows.

“She’s the anchor,” said Evelyn. “She holds it all together.”