September 15: The Big Ten on Hilton Head is holding the seventh annual conference picnic from 4–6:30 p.m. Sunday, at the Port Royal Plantation Beach House. All Big Ten alumni, supporters, fans and friends are invited to attend and wear their school colors. Big Ten Network (BTN) President Francois McGillicuddy will be the guest speaker and will talk about the latest news in the Big Ten Conference.

McGillicuddy, a 20-year media executive, sets the strategic direction and leads the day-to-day operations of the Big Ten Network, a joint venture between the Big Ten Conference and FOX. He was named as the second president in BTN history in December of 2018 and formerly served as SVP & General Manager of FOX Sports Ohio and SportsTime Ohio. He managed the company’s relationships with the Cleveland Browns, Cleveland Indians, Cincinnati Reds, Cleveland Cavaliers, Columbus Blue Jackets and Columbus Crew, in addition to overseeing operations at the network. McGillicuddy joined FOX Sports Ohio from FOX’s national cable channel SPEED, where he served as Vice President, Finance and Business Operations from 2006 to 2013. Prior to working with FOX, he was an executive at Cablevision Systems Corporation in New York.

He holds an MBA from Columbia University, an MFA from the University of Alabama, and a BA in Economics from Hobart College. 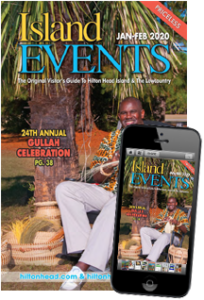