From the 1970s to now, several businesses have not only kept up with the times, but also grown.

They welcome generations of families to Hilton Head Island and serve the locals diligently. Share the love and congratulate the following businesses for their long-standing reputations and upcoming anniversaries! 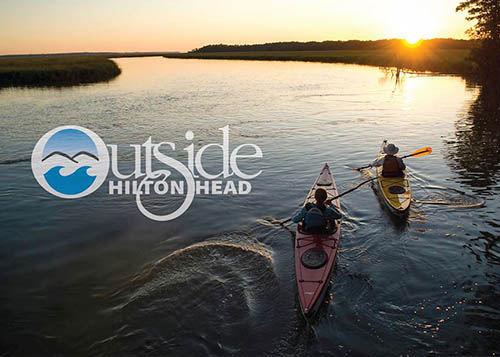 What is now possibly one of the largest guide services on the Southeast Coast and encompasses specialty retail shops and a non-profit called The Outside Foundation, all started as a windsurfing school in 1979 on the beach in Sea Pines.

By the mid-1980s, Windsurfing Hilton Head opened the first outdoor clothing store in the area and started offering kayaking instruction. “Through the late ‘90s we ended up buying a 30-acre chain of islands behind Daufuskie Island, called Page Islands,” Mike Overton, Outside Hilton Head’s CEO and founder, said. “In the early 2000s we started our consulting business and consulted many of the off-island developments.”

In 2008, Outside Hilton Head started a destination management division, Destinations by Outside, and in 2014 formed The Outside Foundation, a non-profit with the mission to get kids outdoors and also protect and preserve the local environment.

“I remember Charles Fraser telling me that if you want to connect people to the area, you have to connect them to the tides. Everything here, all of the literature, all the culture, the history and nature revolved around tides,” Overton explained. “That kind of mission is very much why we’ve grown.” 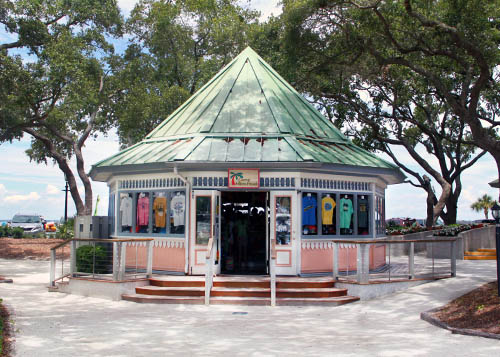 Inspired by a business in Beverly Hills, Camp Hilton Head opened their first store in 1981 in Harbour Town. The merchandise was clothing and gifts. The concept was a camp for the whole family. Visitors could “Take Hilton Head Home.”

Shortly thereafter, they opened their second store in Harbour Town and from there kept expanding, opening in key locations across the Island, including South Beach, Coligny Plaza, Shelter Cove Harbour and The Fresh Market Shoppes. They developed an efficient inventory tracking system between the stores and continued to update the stores each off-season, making improvements and renovations. 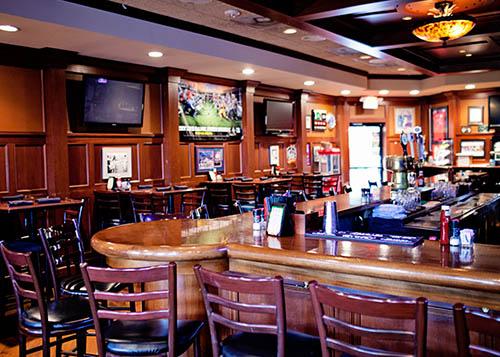 In 1982 Tom Reilley turned his vision of having an Irish-style restaurant without the “pub” label into a reality with Reilley’s Grill & Bar. Two years later he arranged to get a small fire truck from the fire department, a trolley and 60 people to join him for the first St. Patrick’s Day Parade on Hilton Head. He narrowly escaped an arrest for not applying for a permit to hold the parade. This became a tradition and word got around town about the delicious offerings his wife, Diane, was crafting in the kitchen at Reilley’s.

In 1988, Reilley’s North End Pub opened, and in the coming years, the restaurants became a staple on Hilton Head. Reilley’s Grill & Bar changed locations over the years before settling into the current location, which was remodeled about five times and grew from 53 seats and 14 bar stools, to now 180 seats and 40 bar stools at two bars.

The North End Pub got its own full-renovation about 10 years ago, expanding from a bar with dining tables to a full dining room and a separate bar area, also upgrading their dinner menu to more of a “fine dining type food without the fine dining prices.” In the upcoming months, they hope to move forward with plans to build an outside bar and dining area adjacent to their current bar. 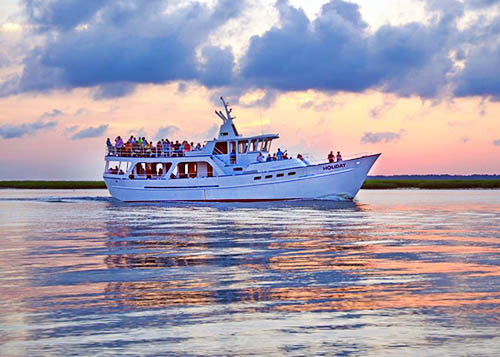 Since 1984, the Maurer family has been in Hilton Head Island’s boating business, serving locals and visitors alike on dolphin tours, ferry rides and dinner cruises. The family business started even earlier, when Mark Maurer’s father decided to quit his teaching job in in Eerie, Pennsylvania. Before coming to Hilton Head, they lived in Florida. After graduating from Florida State University in the late 1970s, Mark decided to join his parents on the Island.

“My dad’s first boat that the built was the new Vagabond. It went into service in Harbour Town in about ’84. Then four or five years later, we built the Holiday to go in at Shelter Cove. After that, we got the Spirit of Harbour Town. This vessel was a dinner cruise boat at the time and also ran ferry trips to Savannah,” Maurer said.

With two other boats in their arsenal, Adventure Cruises was at its peak in the 1980s and 1990s, with some of what were likely the biggest boats on the Island.

“I’ve been doing it so long, that we’ve got second and third generations coming on the boat now. I’ve had families say, ‘You know when I was a child, my family used to come vacation to Hilton Head. Now I’ve got my own kids, we’re doing the same thing,’” he explained. “Everybody loves dolphins—it doesn’t matter which historical era you live in. The dolphins are out there and the people want to see them, so we are going to provide that service.” 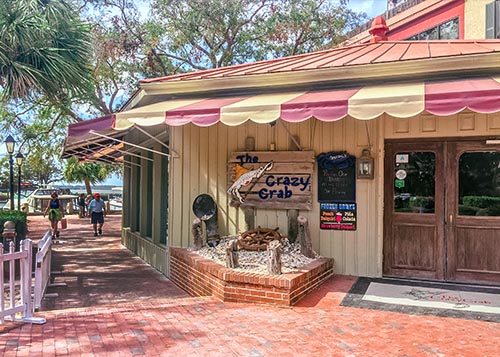 Out on Jarvis Creek, something else was brewing in 1984—a seafood restaurant! What was then a small 100-seat location called The Boilers known for local oysters soon became The Crazy Crab. Things were also in the works in Harbour Town, where the second Crazy Crab opened. Only minor changes were made to the Jarvis Creek property. A firedevasted the building in 1998 and another one occurred in 2018. The Crazy Crab rebuilt both times and remains today with the largest saltwater aquarium on Hilton Head. Not too mention, they offer an onsite playground and outside deck.

The Crazy Crab prides themselves on having 15 employees who have been working for them for over 20 years. Every year they offer seasonal menu changes, as well as their classic menu.

The Salty Dog celebrates more than 30 years of business and is an icon on Hilton Head and worldwide! While Salty Dog continues to grow, and has celebrated the recent opening a second cafe location in Tanger Outlets. One can see T-shirts with Jake, the Salty Dog, everywhere. Take one home in every color and don’t forget their classic cap to go with it! 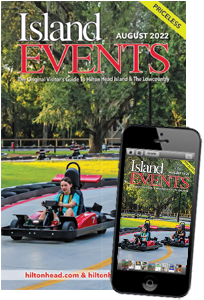