Search
HomeBlog ActivitiesGames to Try on HHI: Bocce on the Beach

If you’re headed to any of Hilton Head Island’s beaches and looking for a new game,then try one of the most popular soil to sand games – Bocce Ball. 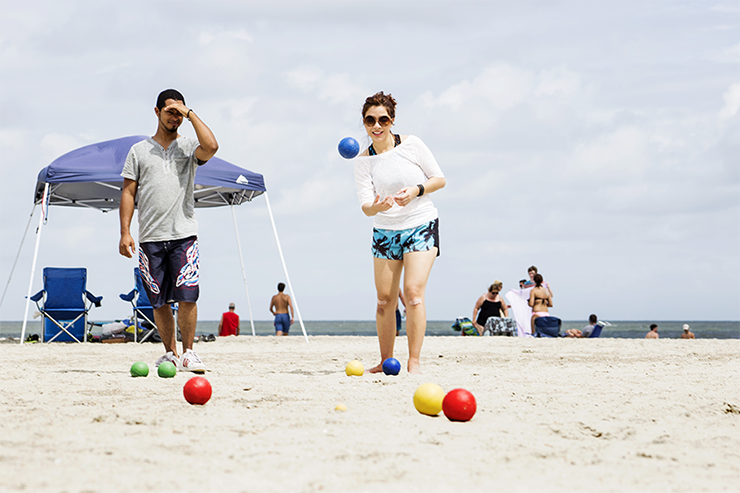 It’s an easy-to-learn, laid-back game, so you don’t have to worry about getting sweaty and everyone in your family can play. 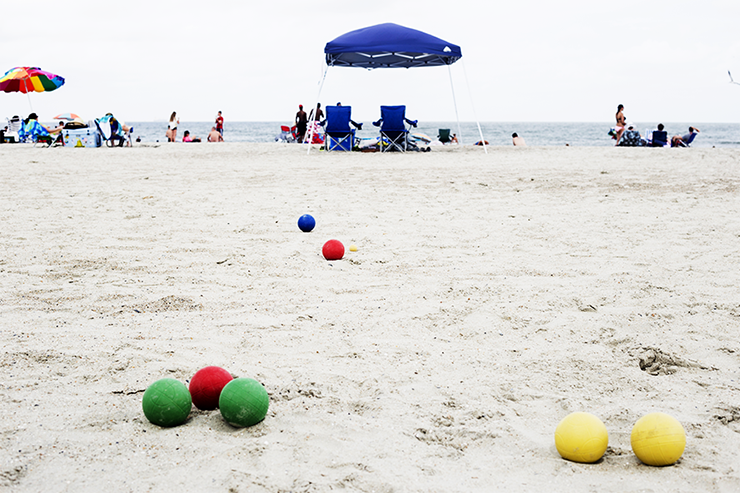 Originally, Bocce Ball comes from Italy, hailing from ancient Rome, but eventually with immigrants moving around the world, Bocce Ball was spread and popularized throughout the 19th and 20th centuries.

Close to croquet, Bocce Ball is hugely popular on Hilton Head Island and there is even an annual tournament held by the Italian-American Club before Seafood Fest every May. It’s traditionally played on soil or grass because of the balls, but sand works just as well; you just need a flat surface with some texture so the balls can roll after being thrown, or “lobbed.” 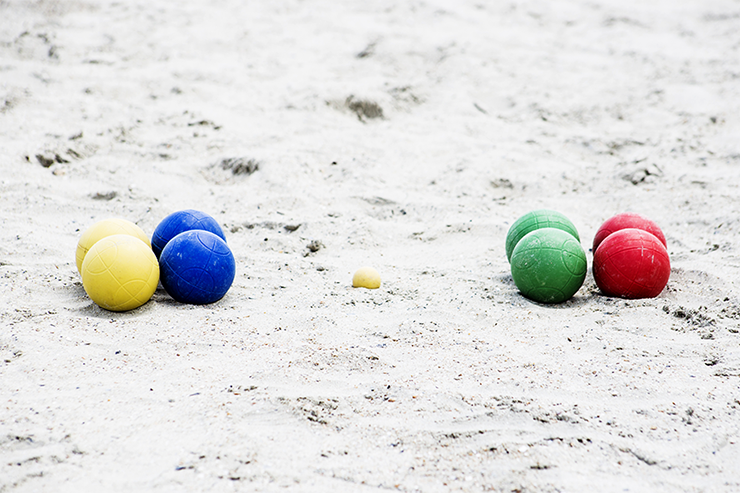 • Bocce ball kit. These can be found at Walmart, Target and some of the surf shops around Hilton Head Island. Outside Hilton Head offers Bocce Ball kit rentals for $10 per day, while Hilton Head Bike Rental offers them for $20 a week. Vacation Comfort Rentals offers different types of kits as low as $10 a week. They include eight large balls, two sets of four. Each set is a different color to show the different teams. There is also a small white ball known as the pillina, or the jack.

• A large area for play. Most courts are about 27 feet long and 13 feet wide, which is why the beach is an ideal place to play since you have a lot of open ground. Just draw lines in the sand for your “court,” and you will have everything you need. 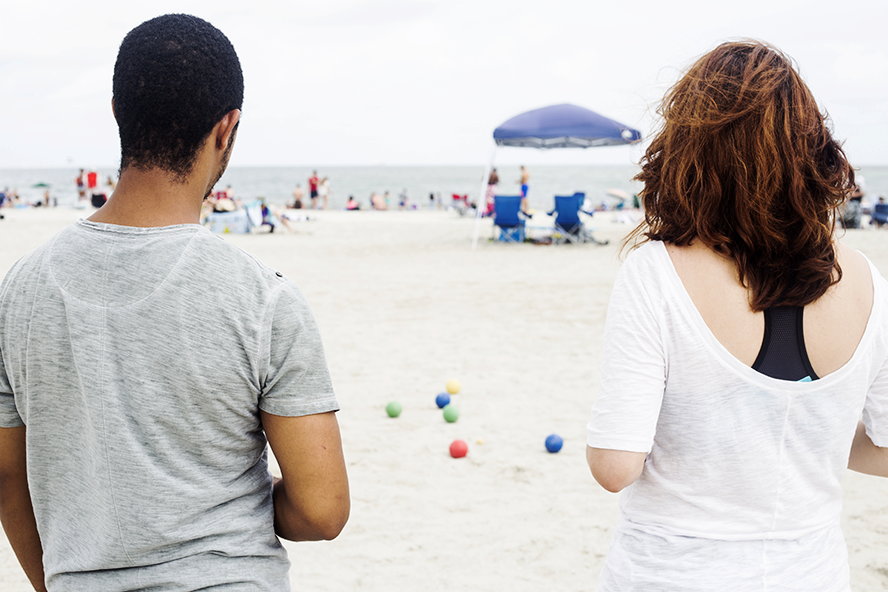 2. Toss a coin to decide who will throw the small white “pallina” ball. The pallina is the target for the toss. Whoever gets their ball closest to the pallina gets the most points. The team that wins the coin toss must choose a member to lob (an underhand throw) the pallina, as far as they can. The team member who throws the pallina also throws the first ball of the game.

3. Each team takes turns throwing the ball, alternating players, trying to throw their ball closest to the pallina. You must throw each ball underhanded.

4. The closer the ball, the more points awarded. The amount of points awarded is decided before gameplay starts. It is okay if the ball hits the pallina and moves it; that just moves your target and makes for a more challenging game.

5. Once all the balls are thrown, tally up each set of points, collect your teams balls, and switch to the other end of the court. You will play until one team reaches 12 (one team player), 15 (two team players), or 21 (four team players).

All photos by Nicolette Kay. 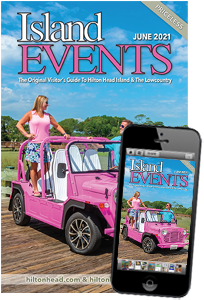